A show at The Yardbird… 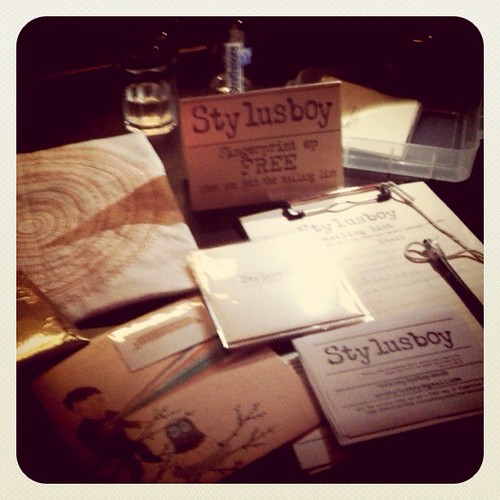 I headed over to Rachel’s house at 7pm o’clock on Monday night to drive over to Birmingham to support RUE ROYAL at the THE YARDBIRD. It was the first show Rachel and I had done for quite a while without taking a PA, so the car seemed very empty. On the journey over we worked out the set debating if we should play a cover or not, we decided not. Although I have been over to Birmingham lots of times I still get slightly confused with the roads and how to get in to the centre! Anyway, we got there in good time and parked in the large NCP car park. We walked up the road and over the bridge to The Yardbird. We met the promoter Ollie and my friend LEE MITCHELL, who was also supporting. Rue Royal were still soundchecking and so I set up my flipcam to record our set and talked to Ollie about recording the audio. He kindly got us a couple of drinks and we sat and enjoyed Rue Royal’s soundcheck. I put out my flyers on the tables and set up our lovely merch stall. After a few minutes we were ready for our soundcheck. Sadly I didn’t get the sound engineer’s name, but he is a great bloke and really took his time to get things right for us. One of the DI boxes seemed to have been playing up but after a few lead changes he managed to sort out. We were good to go. A quick break and we headed back on stage. The audience had filled up nicely and we were looking forward to playing a number of newer songs.

We got on stage and then, well, we had to wait… the cable for the recording seemed to not be working! Fail. The sound guy swapped leads and after a few minutes managed to work out a solution. We started and the set went well. Many of the audience listened really closely and it was great interacting with them. I managed to get some lyrics in the wrong order on ‘The Whole Picture’ which made me and Rachel smile. Don’t think anyone else noticed. Ollie had got a guy taking photos, so there were quite a few bright flashes during the gig. Hopefully their will be some good shots. Sadly the video seems to have cut out after 30 minutes, just as ‘The Whole Picture’ is about to finish, but nevermind. I will post up some of the videos soon. 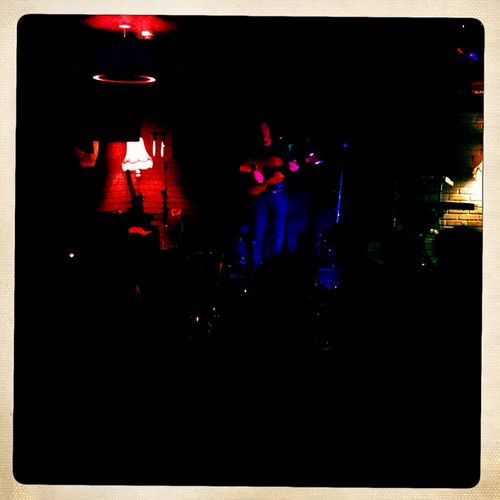 After my set I headed back to the merch stand and met some lovely guys who had travelled from Coventry to see Rue Royal. They had seem them originally at THE TIN ANGEL, a wonderful Coventry venue, and now try to seem them as much as possible. I chatted to one of the guys, Ian, about Coventry and the places we both knew! The world is such a small world sometimes! Lee played a great set. His great guitar work and smooth voice sounded brilliant tonight. I always enjoy his sets. 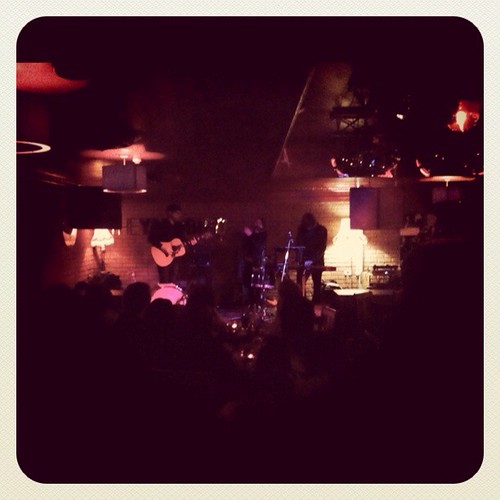 Rue Royal took to the stage with lots of clapping and people notably excited about seeing them play. Rachel had seen them before and Ollie is rather obsession by them, but I had not seen them play before. They were simply brilliant. Quiet little songs that build into a gorgeous blend of male / female vocals, acoustic guitar and intricate percussion… songs that send shivers down your spine. I recommend checking them out on www.rueroyalmusic.com and going to see them play very soon.

After the show had finished we chatted to Ruth (one half of Rue Royal) for a while and thanked Ollie. We made our way back to the car and drove home, talking about new music and annoying posts on facebook! Haha! A grand night.

A show at The Yardbird… was last modified: January 26th, 2011 by Stylusboy
previous post

Saturday afternoon in the studio…

Coventry is looking incredible with all the lights

Today was a really interesting day. An early start

Taken on my run on Friday. I love running in the a

On Saturday I helped bring 80 volunteers to Foodba

Over the last few weeks I’ve been involved with

Great coffee and conversation with @johnpoetbernar

On Saturday I managed to dodge most of the heavy r

Last night I had the honour of playing at @positiv

I’ve been really enjoying working on my @cov_cul