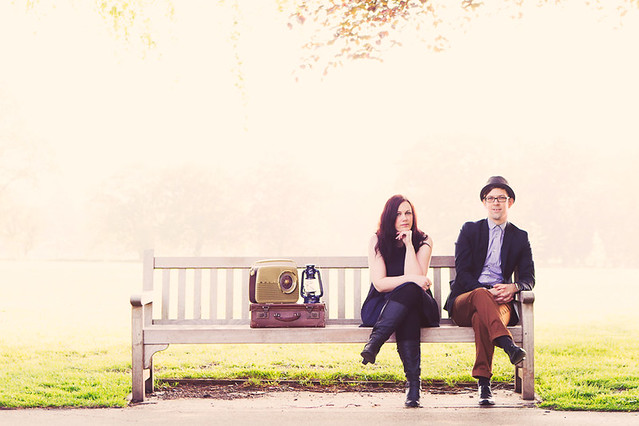 Coventry-based Stylusboy begin a new chapter with a piece of folk rococo
perfection: “Lantern EP” – 4 perfectly-crafted songs designed to whet the
appetite for the feast to come. EP

Stylusboy’s “enchanting lo-fi folk” is the creation of Coventry chap Steve Jones and Northern lass Rachel Grisedale. With arresting melodies and poignant lyrics Stylusboy bring their particular brand of warm lo-fi folk to life. Their music is deliberately stripped-back, purposefully honest, capturing raw emotion at its heart. Jones’ delicate guitar lines and Grisedale’s sumptuous harmony work create gorgeous melodies that bring to mind the first rush of love, the warm summer air and the English countryside bathed in sunlight. This latest EP is set to be a summer classic.

In March 2013 Stylusboy signed to acoustic label Wild Sound, and combining their signature lo-fi recording techniques with performances and production assistance from Polly Paulusma created this EP, the appetiser for the feast to follow – a full-length album before the end of the year. Each physical EP copy is unique, painstakingly hand-crafted in Stylusboy’s loving tradition.

BBC 6Music’s Tom Robinson says: “A leading light among today’s new generation of DIY digital troubadours, Stylusboy’s music reflects their open, yet fiercely independent nature. Whether playing solo house concerts or theatre shows with a full band, everything they do is connected, committed and community-oriented. These are songwriters whose developing career I’ve been keenly following, and which many musicians twice their age would do well to emulate.”

“Lantern EP” will be released on 29 July 2013 on Wild Sound. A full album from Stylusboy will follow hot on its heels later in the year.

It’s me in a field holding my guitar. #musician

A golden ending to 2020. Thanks for everything lov

Here is a clip of the homemade video for my charit

Outside of my music I work with a number of incred

I very much enjoyed a family trip to Coventry Glid

It’s burger night in our house. This is my veggi