THINGS I HAVE BEEN DOING…

I have not posted a blog for a little while, sorry about that. Things have been very busy so I thought I would write a general round up about what I have been up to. This probably won’t be in chronological order!

So last weekend I played in Lichfield at Ego which I haven’t been to for a while. It was lovely gig and I played all my new songs which went down really well. It was great to try them out in the live environment. I have also been playing a little cover of Madness’ ‘It must be love’ which was well received. I shall record a video for YouTube soon!

Last week I recorded and mixed my three Christmas songs for this year. It was the first time that I had used some of my new equipment and I am really pleased with how they turned out. I had been having lots of trouble with my microphone but when it came to the recording session with Rach it worked again perfectly. Have a listen below and download them for FREE.

On Monday this week I played a last minute gig at the Herbert Art Gallery in Coventry for a Turner Prize party. George Shaw a painter who grew up in Coventry had been nominated and was the favourite to win. Sadly he didn’t win. It was still a great night to have loads of different creative people from Coventry all together. Thank you to everyone who came and spoke to me during the night. I met up with my friend Laura after the gig to start planning the ‘Something Worth Keeping (remix)’ video which is going to include all those photo you have been sending me. We are beginning filming in the new year which is very exciting!

I have also confirmed a lovely set of gigs for next year including one at the Warwick Arts Centre in Coventry which is a brilliant venue. You can buy tickets HERE

THINGS I HAVE BEEN DOING… was last modified: December 8th, 2011 by Stylusboy
previous post

BEYOND THE FLAGS LIVE VIDEO… 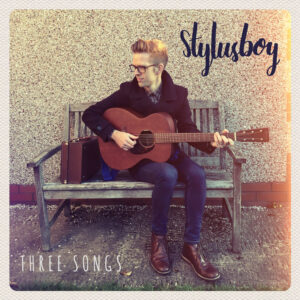 It’s me in a field holding my guitar. #musician

A golden ending to 2020. Thanks for everything lov

Here is a clip of the homemade video for my charit

Outside of my music I work with a number of incred

I very much enjoyed a family trip to Coventry Glid

It’s burger night in our house. This is my veggi